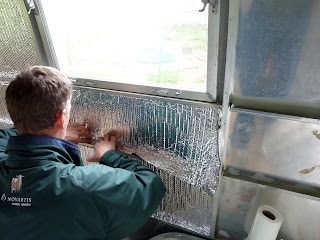 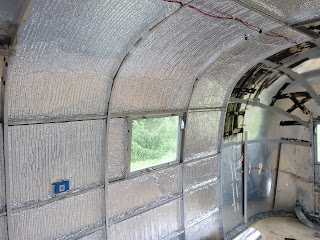 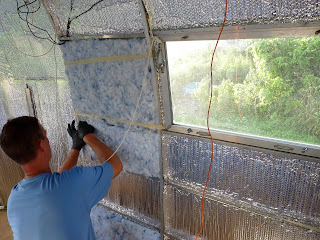 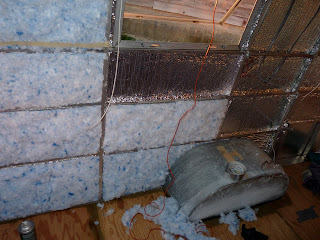 We hemmed and hawed about how to insulate our trailer and decided to go with Colin Hyde's approach. We used Reflectix on the outer skin with no spacers and then placed Safetouch by Dow in the interior.  Safetouch is made up of polyester fibers and is considered a "green" product.  You can work with it with your bare hands and since I absolutely HATE the pink itchy  formaldehyde-infused stuff it was a no brainer for us.  Even though it won all sorts of awards it is now being discontinued (probably due to price).  Now that it is on clearance, it is actually cheaper than the pink stuff.    It was slightly harder to work with since it did not divide evenly-you have to split the R-13 batting into two halves in order to fit in within the skin.   The reflectix actually pressed easily into the frame.  In areas that did not have a frame we used a 3M adhesive spray which also worked really well.
Posted by 2vets at 4:34 PM

BLOGS I AM FOLLOWING